A walk along the beach at Durdle Door is my another favourite place to visit during British Summers 🙂 I have gone there for a day trip, camping trip, stayed in a caravan and had a wonderful time. This walk is also popular as Jurassic Coastal Walk.

Durdle door is a natural limestone arch on the Jurassic Coast in Dorset, England. It is surrounded by a beautiful beach, vast ocean and naturally formed archs, limestone cliffs. This a beautiful beach with clear crystal water, reflecting blue & green colours. This Jurassic Coast was named as the fifth-greatest natural wonder in Britain.The Jurassic Coast consists of Triassic,Jurassic and Cretaceous cliffs, spanning the Mesozoic Era, documenting 180 million years of geological ghistory. It is a great site for scientist like palaeontologist who come down here to study the fossil of the area.

Beaches are only accessible on foot via a steep path and steps over the hill from Lulworth Cove or down from Durdle Door Car Park that is located on the cliff top at the end of Durdle Door Holiday Park. A perfect site for camping or to stay in a caravan.

Beaches are a perfect destination for swim on a hot sunny afternoon, you will love it.

If you want to have more thrill, you can also hike upto nearby grand & magnificent cliffs. 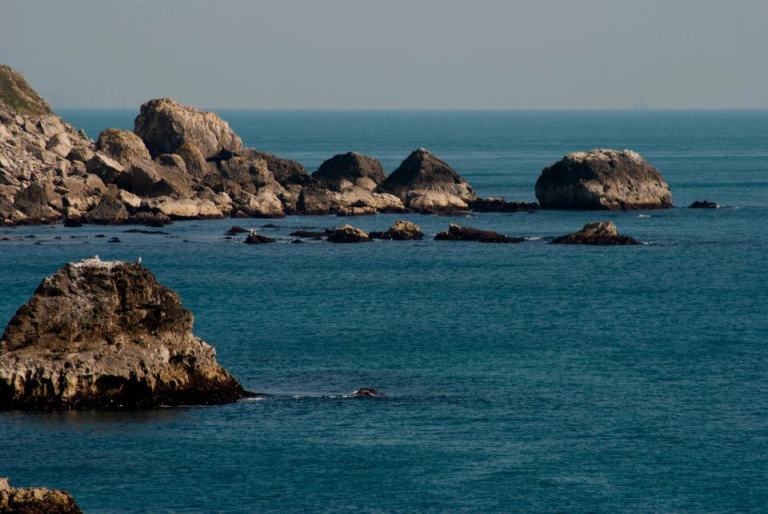 Dorset-born Arthur Moule wrote these lines about Durdle Door for his 1879 book of poetry Songs of heaven and home, written in a foreign land:

Shall the tide thus ebb and flow for ever?

Rave the wave and glance the ripple through the

There was an error retrieving images from Instagram. An attempt will be remade in a few minutes.